I’ll be launching As The Seas Turn Red at this awesome witchy night market in Salem. The vendors all look amazingly talented.

Now we wait and see if mailman can make it down our muddy road to deliver said books, or if I have to fight my way out to pick them up … 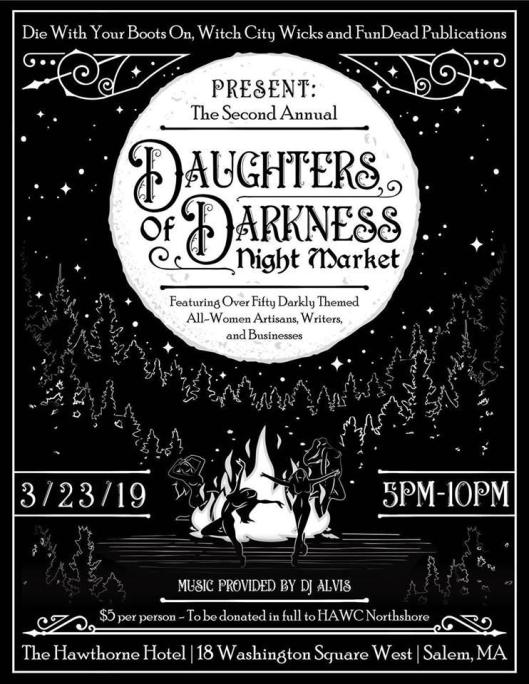 My author copies of Haunted House Short Stories arrived. My piece in this is called 14 Oak St, and it’s one of my favorite short stories that I’ve done. 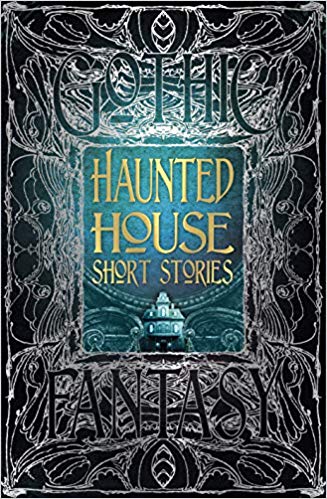 I’m thrilled to be in this gorgeous book! My story is called 14 Oak St, and it’s one of my favorite shorts that I have done so far.

You can order on Amazon or right through Flame Tree.

I am stoked to announce that my story 14 Oak St will be included in Haunted Houses, the latest anthology from Flame Tree Press.

These books are gorgeous!

Let’s celebrate the holidays and ring in the new year with fabulous prizes.  Today we are giving away a HUGE dark faerie themed prize pack.

We are giving away a Dark Faerie Prize Pack, including a coloring book, faerie necklace, book, earbuds, and more! 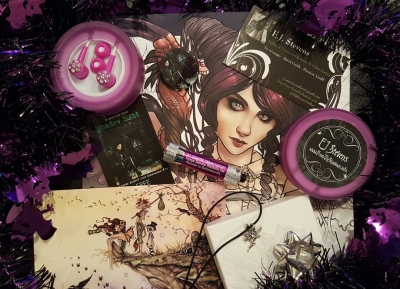 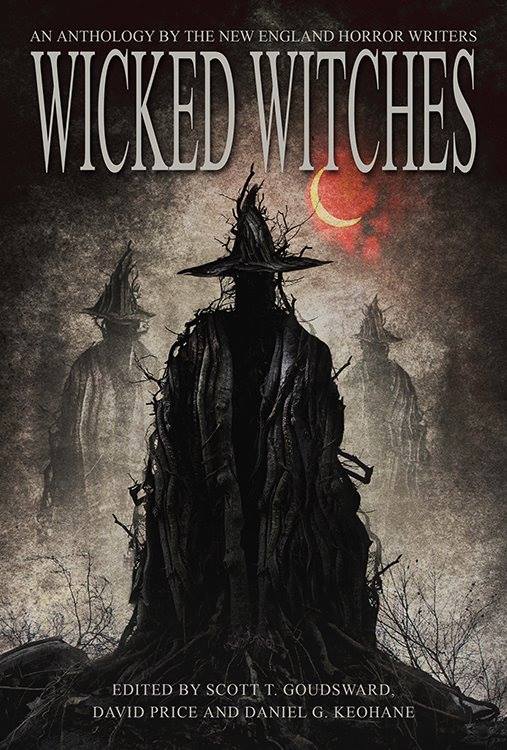 New England has a rich, dark history with the supernatural. From this region many writers of dark fiction have fueled their stories. One chapter in history has been the stuff of legends and nightmares: the Witch. Look to ancient mythology or your next door neighbor and you will find them, practicing arts both Dark and Light. The New England Horror Writers proudly present a new anthology which pays tribute to those whose ancestors were accused, hung, pressed, drowned, or burned at the stake. Enter these pages, wander the hard roads of Colonial America or modern corporate boardrooms, to face the Witch.

I’m on a bit of a steampunk kick lately. I blame this poem, one of my nanopowrimo pieces, for it. Or, possibly the awesome steampunky clothes I saw at the Ren Faire. Or possibly the fact that I recently reread an old favorite, Paula Volsky’s Illusion, which I think arguably just might qualify as the first steampunk novel ever. (I am an avid rereader – whole other post)

I’ve been noticing something unique about the steampunk movement lately. It seems to be moving as quickly, if not more so, in the fashion, art and design worlds as it is in literature. Actually, I think it’s kind of been hijacked. I have to admit, when I see or hear the term steampunk, the first thing I think of is clothes. And jewelry. Then the brain goes to stories.

Steampunk is visual. And vague. Take a Victorian setting, add some clocks and airships or gears, some boots or whatnot, throw in a mechanical bird or two and voila! Steampunk awesomeness. (I don’t mean this as a bad thing, just sayin …. that would be my description of steampunk)

Case in point. I am working on a steampunk/postapoc/fantasy novel. I also have been toying with a full-on steampunk novella idea …. though knowing me, it would stretch into a novel probably. Also thinking of doing some steampunk poetry, or even better, a steampunk poetry collection. So I start googling. Come to find out, there are not very many markets looking for steampunk. I was pretty underwhelmed. I’m not saying there are none, just that I expected more. Lots more.

So, I checked Amazon. There were a good amount of books, but half of them were how-to guides for jewelry or whatnot. Didn’t find a whole lot of steampunk anthos either.  Only one steampunk poetry collection.

I did, however, manage to find all sorts of steampunk items and art. And jewelry. I could tag pages and pages of awesome jewelry. Sigh. 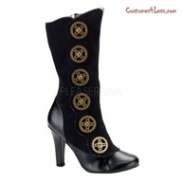 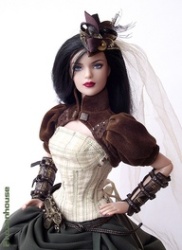 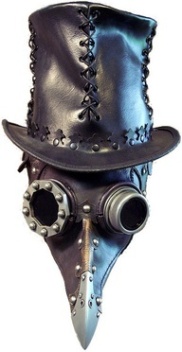 Steampunk art … lots of that. 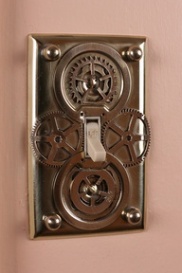 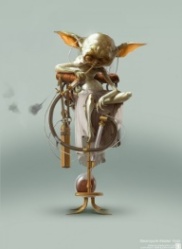 Steampunk hat box (Which, alas, would probably not fit the hat. Make that a steampunk jewelry box)

And last but not least, a steampunk Mona Lisa. Steampunk is official now.

What’s a girl to do?

that I’ve lost respect for you

the things I hate about you

the things you think are ok

that I’ve forgiven but not forgotten

And years have gone past

In laughter and tears

Because in the end it wouldn’t matter

And I will never choose perfection over loyalty

I’m on a bit of a Savatage kick … couldn’t resist.

Lyric Snippet – Savatage, “Gutter Ballet” 1989. Of note: The Transiberian Orchestra is redoing this album as a musical. I heart it already …

Photo:  Repinned from Pinterest, source unknown. Possibly part of or inspired by the Ballerina Project, a photography series by Dane Shitagi  that takes ballerinas offstage and shoots them in unexpected places. The results are stunning. You can support the experiment by following their website and subscribing. I understand that if you buy a print the funds go to the ballerina who posed. The Ballerina Project is also on Pinterest and Facebook. There are now several similar projects and international offshoots – to name a few, the Ballerina Supremacy, and the Victoria Ballerina Project  I’m not sure which (if any) of them this photo came from originally; I doubt it is the original Ballerina project since I have only seen B&W photos there.

I love the juxtaposition of worlds in the photos. This one almost looks like it could have been snapped in an opera house, but then if you look closely, you’ll see that it wasn’t.

I also would absolutely love to see Ballet Deviare. Ballet and death metal; two of my favorite things.

“I dream my painting and I paint my dream.” – Vincent Van Gogh

I find it interesting to hear about what inspires different people. Some artists are inspired by people they meet, others perhaps may find a story in something historical, a news snippet or a real-life situation. Personally I am most inspired by music, art, history, and mythology. I love art, in all its shapes and forms. Granted, I consider black metal to be fine art, but I’m just as in love with ballet. I find stories in choreography, in songs, in photos, drawings, statues, you name it.

That’s why I love movies like Samsara. I watched this the other night. I have its counterpart, Baraka, and I find them both fascinating. These movies are visual – no dialogue. But they are stunning. They step back and look at the human race as a whole, from huge metropolis to nooks and crannies of the world that most of us barely think about, and the resulting footage ranges from breathtaking to heartbreaking to just plain bizarre. I get the impression that these movies hold a mirror up to the human race as a whole and ask ‘What have we become?’ but that’s my take. The films don’t pound any points home or tell you what to think. What you walk away with depends on you, your mindset. That’s brave, and I think it’s key. These movies don’t insult or undermine you by telling you what to think. They just make you think.

I’m sure there are highly intelligent people that would be bored to tears by these movies, but I absolutely love them. And of course, having Lisa Gerrard and Dead Can Dance involved with the score makes them even more awesome.

The word samsara is defined as a cycle of birth, death and rebirth.

This part was probably one of the weirdest things I have ever seen.

One of the most striking shots … caught between two worlds 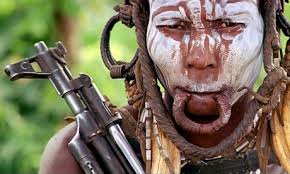 Everybody has a story to tell …

Wouldn’t feel right to post about Samsara, the movie, without a footnote about Samsara Blues Experiment, the band. if you like Sabbathy-Hendrixy-Floydy-Blues-Metal, check them out.